Partner at Keller and Heckman 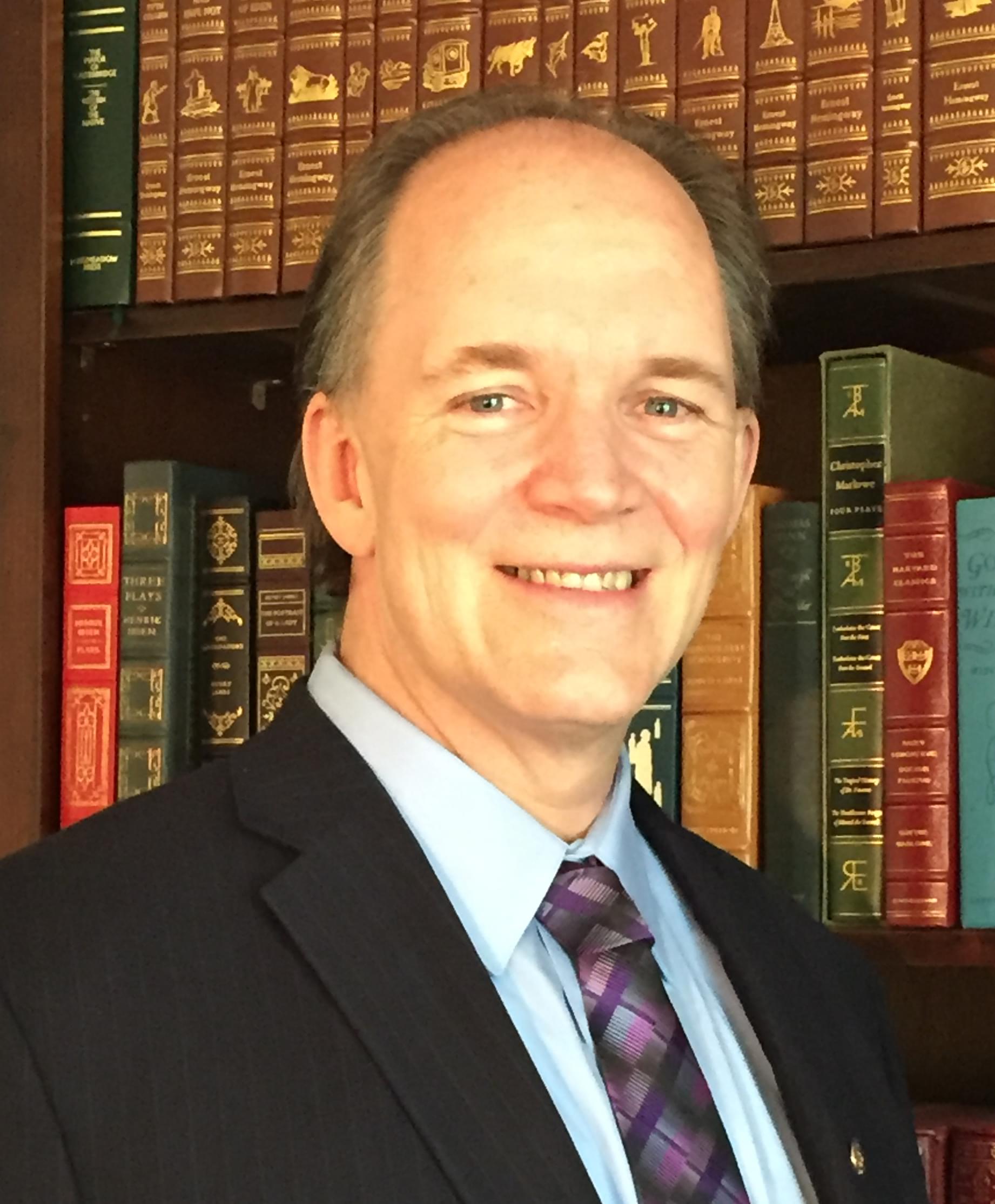 Tom Carr has been in the Plastic Packaging Industry for 28 years, beginning his career with Trigon Packaging Systems in 1991 as a BSc(Tech) Student. Working in the Research and Development lab of their Hamilton plant, he became proficient in film analysis and physical properties testing of plastic packaging. In 2009, he ventured into the world of packaging regulatory compliance. Mentored by Sealed Air’s Regulatory Directors in Europe (Dario Dainelli) and America (Martin Ecoff), the learning curve was steep, but rewarding, eventually overseeing the compliance needs for Sealed Air’s Australia/New Zealand products, predominantly for Fonterra and the NZ Meat industry.

Fun fact: Tom is passionate about Litter reduction, and was Keep New Zealand Beautiful’s “Tidy Kiwi Award for 2017”, for picking up over 1300kg of litter since 2015. Tom is New Zealand’s leading user of the Litterati App, having snapped, tagged and bagged over 35,000 pieces of Litter since April 2017.

Marco has been involving in safety of food contact materials for more than 20 years, which specialized in analysis and assessment of Chemical contaminants in food contact materials. He has been serving as an expert in various organizations, such as the member of Review Committee for National Food Safety Standards, The member of Standardization Committee for plastic food contact material, paper and board, etc. To date, he has published more than 60 papers on food contact materials in journals and academic conferences ,while completed 20 national safety standards and analytical methods. He is currently leading the team to draft Chinese regulations for multilayer articles, wood and bamboo, Paper and paper board, as well as various analytical methods for specific migration. He once participated in a FCMs programs In 2008 as a visiting scientist at JRC of European Commission.

Marco was also appointed as the chairman of Expert committee for FCMs in China food industry association, and the member of Scientific Committee (SC) for the 7th International Food Packaging Symposium organized by ILSI Europe , dedicated to assist government agencies and industry to manage the safety of FCMs with scientific support.

Ms. Xiaolu Wang is a Senior Chemical Regulatory Compliance Consultant with 3E. Xiaolu has over eight years of experience working in the field of EHS compliance, focusing on regulatory compliance for consumer packaged goods (CPG), including food, food additives, food contact materials, cosmetics, and personal care products. Xiaolu is a frequent speaker at the Global Food Contact Conferences and serves as a member of the Advisory Board.

Xiaolu is a licensed attorney admitted to the bars of the State of New York, District of Columbia, and China. She is a native speaker of Mandarin Chinese and is fluent in English.

Sylvain Rannou holds a PhD of Polymer Science & Engineering from The University of Manchester, UK.
With over 15 years’ experience in the polymer and food packaging industry, in the UK and in Singapore, his expertise covers a range of functions and skillsets: from packaging development, polymer processing & regulatory compliance, to training & coaching, issue management and networking to leverage expertise.
Having previously worked in R&D for Mars Drinks UK and A*STAR Singapore, he spent 8 years as the Expert in Packaging Safety & Compliance (PS&C) for the Nestlé Quality Assurance Center (NQAC), covering the Asia-Oceania-Africa (AOA) zone. In September 2020, he took on a new position in the Nestlé Dairy business to support the global implementation of the PS&C program for new packaging solutions.

She leads a team of regulatory experts with service scope covering China, Korea and Japan food contact materials and chemical registrations. With analytical testing experiences and regulatory expertise, the team helps industry address challenging regulatory requirements in a timely and cost-effective manner, by developing and successfully executing of test data, and providing expert judgment of waiving statements. Meanwhile, she is with hands on experiences on the registration& notification of (new) chemicals under China MEE Order No. 12 (updated from MEP Order No. 7), Taiwan TCSCA/OSHA, K-REACH/CCA and EU REACH.
Dr. Zhang acquired her Pharmaceutical Doctoral Degree from School of Pharmacy Shanghai Jiao Tong University, China. She is now a Member of Council of Chinese Society of Toxicology (CST) and a Committee Member of Professional Committee on Food Toxicology, CST.

Danhof Lee is Director of Regulatory Affair & Technical Administration, Asia Pacific PPG Packaging Coatings. He graduated from Shanghai University. Before joining PPG he had worked as engineer and subsidiary company director of a state-run paint coating manufacturer.
After joining PPG Packaging Coatings he has been Business Manager, Coating and Ink Technical Service Manager, China. Since 2007 he has been PS & Technical Administration Manager of AP and Director of Regulatory Affair & Technical Administration, Asia Pacific.
Mr. Lee has been in the role of leader who encourages and inspires team with insightful guidance. He possesses talent of foreseeing, evaluating the needs from home and abroad, to ensure R&D run on a more effective and correct way. In 2010 Mr. Lee was elected as Coating Subcommittee Chair of Industry Policy Advocacy Committee (IPAC), AICM and has been working with it till now.

Partner at Keller and Heckman

David Ettinger is the chief representative in Keller and Heckman’s Shanghai, China office. Mr. Ettinger counsels multinational companies on the import and export of food and food-related products to ensure compliance with regulations in the U.S., Europe, and Asia. He also counsels clients on compliance with the laws and regulations in China regarding consumer products and tobacco-related products, such as e-cigarettes. Mr. Ettinger worked in the firm’s Washington, DC and Brussels offices, and is uniquely positioned to counsel foreign companies who need to navigate the regulatory landscape in Asia.

Mr. Ettinger is on the Executive Board and Chair of Mackrell International. He is on the leadership committee of the American Chamber of Commerce Shanghai’s Food, Agriculture & Beverage Committee. He is a frequent lecturer and author on international food safety matters. Mr. Ettinger is a Chambers and Partners ranked attorney in the area of Life Sciences (International Firms) – China and is listed in The Best Lawyers in America® since 2016 (FDA Law).

Prior to joining Keller and Heckman, Mr. Ettinger was a trademark attorney with the U.S. Patent and Trademark Office. Additionally, he has extensive trial experience as a former assistant district attorney in the Nassau County District Attorney's Office in New York where he prosecuted felonies and misdemeanors.

Mr. Kenny founded Decernis in 2003 and is an experienced regulatory attorney who has worked and consulted for 25 years in the food and consumer products space. He advises some of the world’s largest manufacturers on Food Additive, Food Contact and Supply Chain compliance challenges globally.
Mr. Kenny is responsible for both the regulatory content of Decernis products and its Subject Matter Expertise across the 226 countries Decernis covers. Beginning in January 2020, Mr. Kenny acted as Executive Director of Decernis’ recently expanded global advisory services team, having headed international consulting projects on four continents over two decades. In September 2020, he was named Senior Vice President of Managed Services at Decernis’ parent company, FoodChain ID, in addition to leading Decernis.

Alistair manages the Food Packaging Safety Section within Smithers. This involves advising clients on the safety legislation which applies to food packaging in a wide range of different countries throughout the world and coordinating work programmes to ensure that clients' products meet these requirements. His expertise spans all the EU countries, USA, Japan, Australia, New Zealand, Canada, Israel, Russia and all the South American countries.

Alistair graduated with a degree and PhD in Chemistry from Birmingham University. After working for BP and the Department of Health, he joined Smithers in 1994, taking up his current position in 1995.